Africa Play 2019 was a conference hosted by Unicef, the South African Department of Basic Education, and the LEGO Foundation. The conference gathered practitioners, administrators, and policymakers from across the African continent to put a tight focus on the need to prioritise play in childhood development.

I designed five playgrounds for the conference, each based on one of the LEGO Foundation’s Five Skills for Holistic Development. The conference attendees were able to construct deeper understandings of the five skills model having experienced them at the conference. 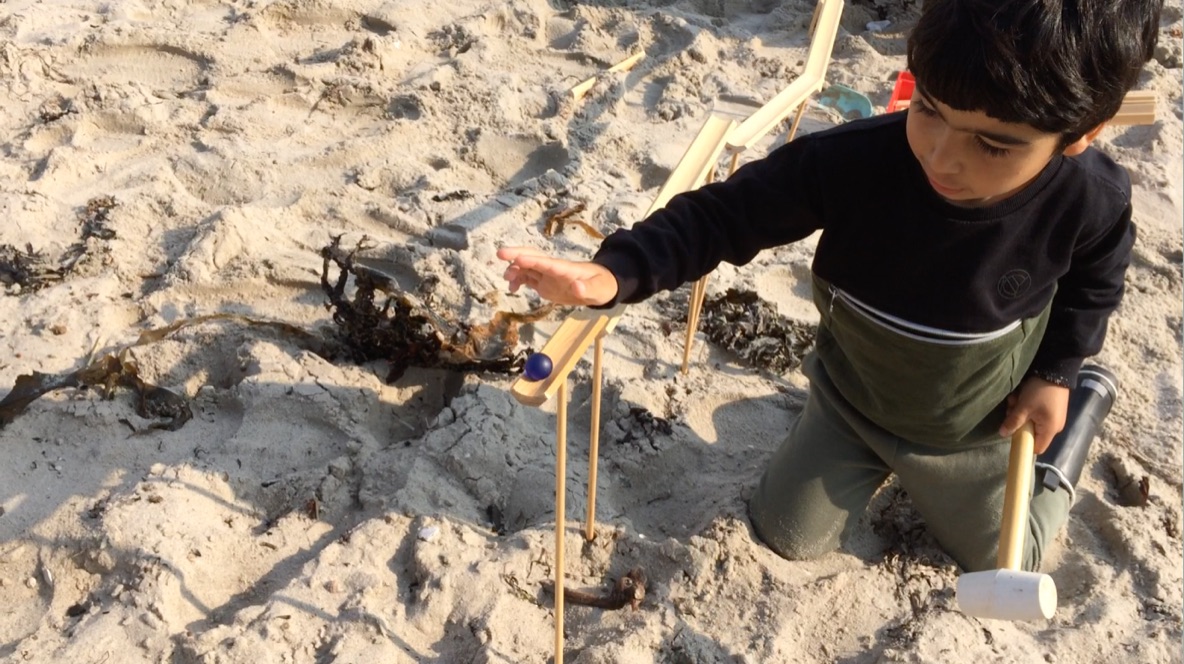 The Festival for Beached Play

Was a two day festival in October 2020 for children and families on the Permanente beach in Aarhus.
The event was put on by the Nilsen Museum and En Hemmelig Klub, with financial support from Børnekulturhuset Aarhus.

There were four activities at the festival.

Made by Bobleheksen
The Bubble Witch brought the giant bubble making equipment she normally uses in street performances. For the festival, the Bubble Witch showed kids how they could use the tools to make their own giant bubbles. Children played with the bubbles in a range of different ways – chasing them, popping them, dodging them, etc. The bubbles slowly floated around throughout the festival, creating a very magical vibe.

Made by the Nilsen Museum
I facilitated the building and tinkering of a specially designed set of marble run tracks for use on the beach. The marble runs were based on the Tinkering Studio’s Marble Machines and a 1936 wooden LEGO toy. Child sized shovels provided an easy way of making mountains and valleys to build the tracks into. Sand is such an amazing play material in itself; adding the very iteration-encouraging marble run tracks made for a very interesting activity I will explore further after the pandemic is over. You can see some of notes about the activity here.

By En Hemmelig Klub
En Hemmelig Klub developed a set of tools for drawing large scale pictures and patterns in the sand. They’ve also made a number of footprint-making devices. The sand-drawings wove beautifully between all the areas of the festival and extended far down the beach. There are more pictures of the land art tools in action here.

Photos by Fie Lund Mortensen, En Hemmelig Klub, and me.