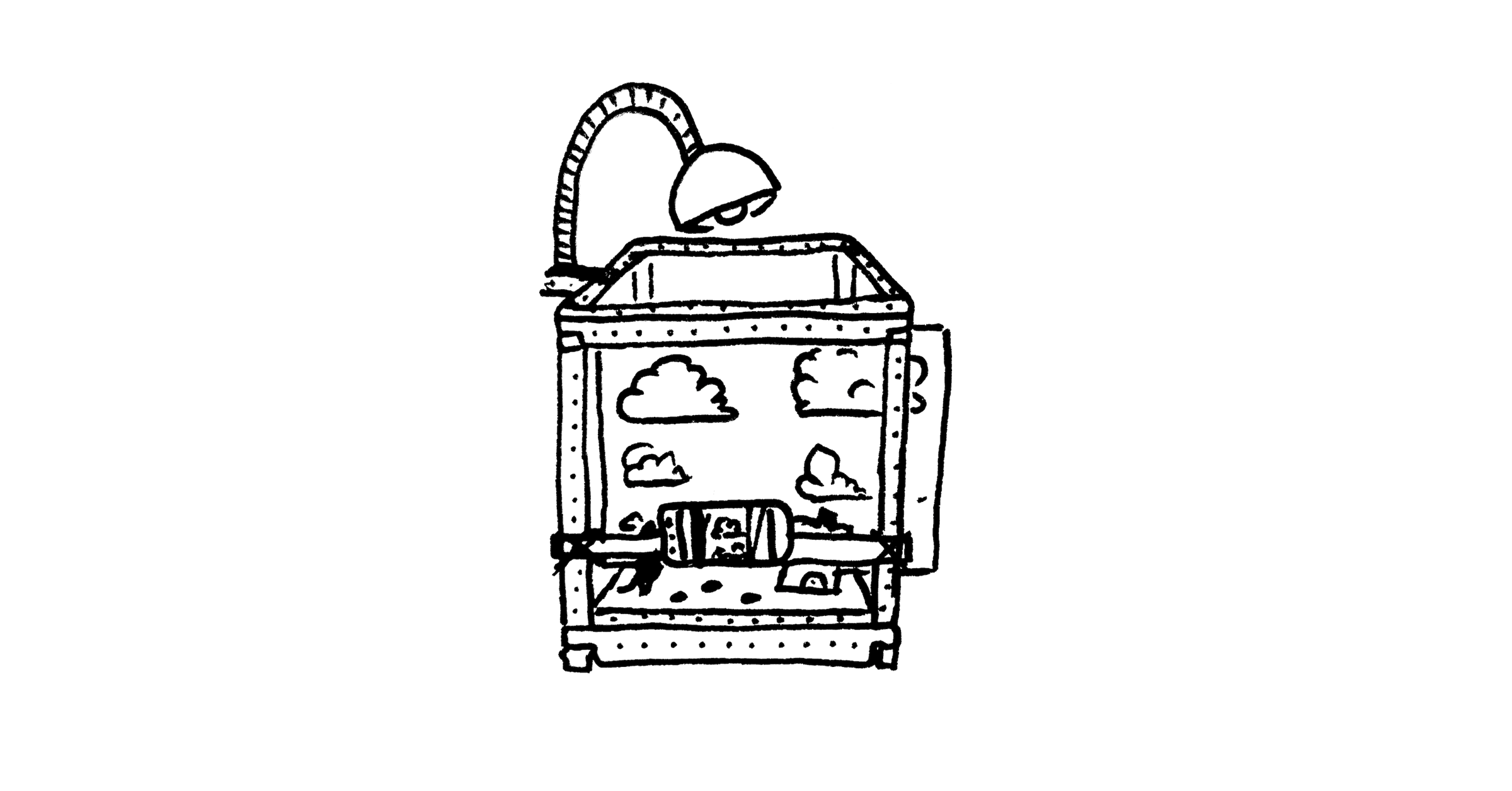 Last week I held a workshop with new friend and collaborator Karsten Juncher for members of The CLRG (Creative Learning Research Group) at DOKK1 library. The workshop explored stop animation as a form of tinkering, with special focus on videography and set design; enabled by Karsten’s TinkerQube “spatial furniture.” TinkerQube is a wooden wireframe cube Karsten designed to more easily bring crafting and tinkering activities into 3D space.

The cubes worked really well for this workshop, like stage rigging you’d have in a theater or on a film set – but in miniature. The cube was used to hold clamp lights, to hold backdrops, and support suspended stage elements and flying characters.

The CLRG is small group of librarians and researchers that explore ways to bring tinkering into the library context. The Aarhus main library, DOKK1, is the largest library in Scandinavia and has a reputation for expanding the definition of what a library can be, so they’re a good group to prototype with.

This workshop had the aims of provoking new thoughts within the CLRG, testing out stop animation as a TinkerCube activity, and getting the librarians’ feedback on the cube as a platform for other tinkering activities at the library.

Karsten and I designed the workshop to balance narrative play with technical explorations of stop animation camera movement. The cube lowers the floor substantially for new stop-animators to do panning and zooming shots – cameras can be attached to the stage, and moved incrementally to create smooth camera movements when the animation is played back.

Workshop participants used the cube in different ways, some filming from up above in the case of a Pacman inspired scene, and some filming from the side “audience view.” One group put their cube down on the floor to have better access to lighting their stage from above. Another group suspended a character from above, using multiple strings for better movement control.